Get fresh music recommendations delivered to your inbox every Friday.

Pete Yorn Live At The Troubadour 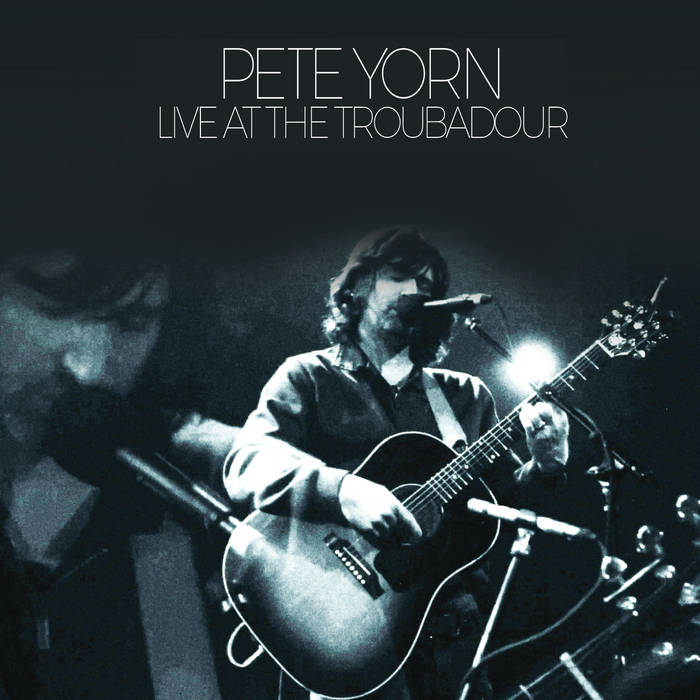 thoney Thanks for the Live Shows during this crazy time in our lives! Forever memories. ♥️

PaulinPismoBeach While I was not at this particular show, I have twice seen Pete Yorn perform You and Me solo acoustic shows, and his talents brightly shine in this format. The setlist for the Troubadour show is outstanding--featuring many of the songs that Pete's fans have come to know and love. I can't think of many artists who surpass Pete Yorn in singing and strumming so simply and splendidly.

pjthecop18 This is exactly what we needed during these strange times. Thanks PY. Favorite track: Lose You.

West Hollywood, CA, 3/13/19, This “You & Me” solo acoustic show is the culmination of 5 years of solo touring for Pete Yorn. These shows had only one rule...NO SET LIST, so these shows were live, without a net. Sound man Jonathan Gilbert would write down the songs as Pete played them, keeping a diary of sorts. Playing alone armed with just 2 guitars, Pete had the opportunity to interact with his audience, telling impromptu stories, taking requests, and creating the show in real time in accordance with his own flow and the energy field of the room. This is one of Yorn’s most revealing and passionate sets, spanning 1 hour and 51 minutes this show has original material and some choice covers that are near and dear to Yorn’s heart. Even his parents were in the audience for this show and it is a triumphant return to the neighborhood that Yorn lived in when he first moved to California in the mid 90’s. The Troubadour is a hallowed hall and has special resonance for Yorn, for that is where some 21+ years ago he met R. Walt Vincent on the sidewalk in front after a Sloan concert, and they decided to record some music at Vincent’s home studio. That “music” would become Yorn’s debut, Musicforthemorningafter...and the rest as they say, is history. Enjoy this special performance.

Thank you to everyone who works at The Troubadour and all the people who came to the show.

Pete Yorn was born in New Jersey. He has put out 8 records under his own name and some more albums with other people too. His most recent recording "Caretakers" came out in August of 2019. It features the singles "Calm Down" and "I Wanna Be The One". Pete has toured all over the world with his band and also solo acoustic. He enjoys backgammon, Curb Your Enthusiasm and drawing Barney. ... more

Bandcamp Daily  your guide to the world of Bandcamp